On the 22nd June five intrepid adventurers and one amazing driver set off from Bollington for Scotland to complete the National Three Peaks Challenge. What followed was a weekend of blood, sweat, tears, busted knees, beautiful views, wobbly quads, blood red sunsets, twisted ankles, golden dawns, squashed sandwiches but most of all elation and a fantastic sense of achievement.

We started climbing Ben Nevis at 9.30am on Saturday 23rd June following a delicious breakfast at a gorgeous B&B on the banks of Loch Linnhe in the village of Duror on the Argyll Coast. Our host Angela was amazing and made Stuart a packed lunch, we felt thoroughly prepared. Until we spoke to a fellow guest who quizzed us on our preparations and informed us that she’d sadly lost 4 friends on the Ben over the years. We drove to the starting point contemplating the enormity of what we were about to undertake.

We took the Ben Nevis pony track and started with a steep climb up to the plateau that holds Loch Meall an t-Suidhe at 570m. We had some incredible views of Glen Nevis and we enjoyed these as we continued our climb along the famous zig-zags. We walked into the clouds that were covering the peak and the path straightened out as we approached the summit and after crossing a snow field we made it!

The descent was straight forward, and we made it up and down in 5.5 hours. Now, on to the Lake District!

We arrived at Scafell Pike at dusk after a few wrong turns and started the climb along the steep grassy slopes of the base of the mountain at Wasdale Head. We faced a 6 mile, 989m ascent. As the setting sun dropped in the sky it made the mountain glow a beautiful deep orange. We felt privileged to be afforded such a gorgeous view although the sight of the peak looming so high over us was a little daunting. We ploughed on as a team with Reuben and Stuart helping Helen by carrying her rucksack when she found it hard going. Headtorches were required for the inky black descent but still the views didn’t disappoint as the moon and stars were out to light our way.

Back at Wasdale Head we wearily climbed into the van for a bumpy, twisty, turny drive out of the Lakes and on to Snowdonia. We managed to catch a couple of hours sleep here as Shaune motored on, keeping us within touching distance of our 24-hour target.

Once at Snowdon, we started our ascent on the Pyg track, with renewed determination to complete the challenge despite aching legs, damaged knees and twisted ankles!

The weather was amazing, clear skies and sunshine all the way up. The views of the mystical Llyn Llydaw, which is one of the legendary locations reputedly linked to King Arthur, his sword Excalibur, and the Lady of the Lake, were breath-taking.

A few hours later and we were sat celebrating in a local pub, boots off, smiles on, pints in hand, celebrating a fantastic weekend of fun and fundraising.

And so, it’s over and the team have raised over £1900 for JumpSpace but the fundraising goes on. So, if you’d like to support us as we support JumpSpace then please donate generously on our fundraising page!

Find out more about Jump Space 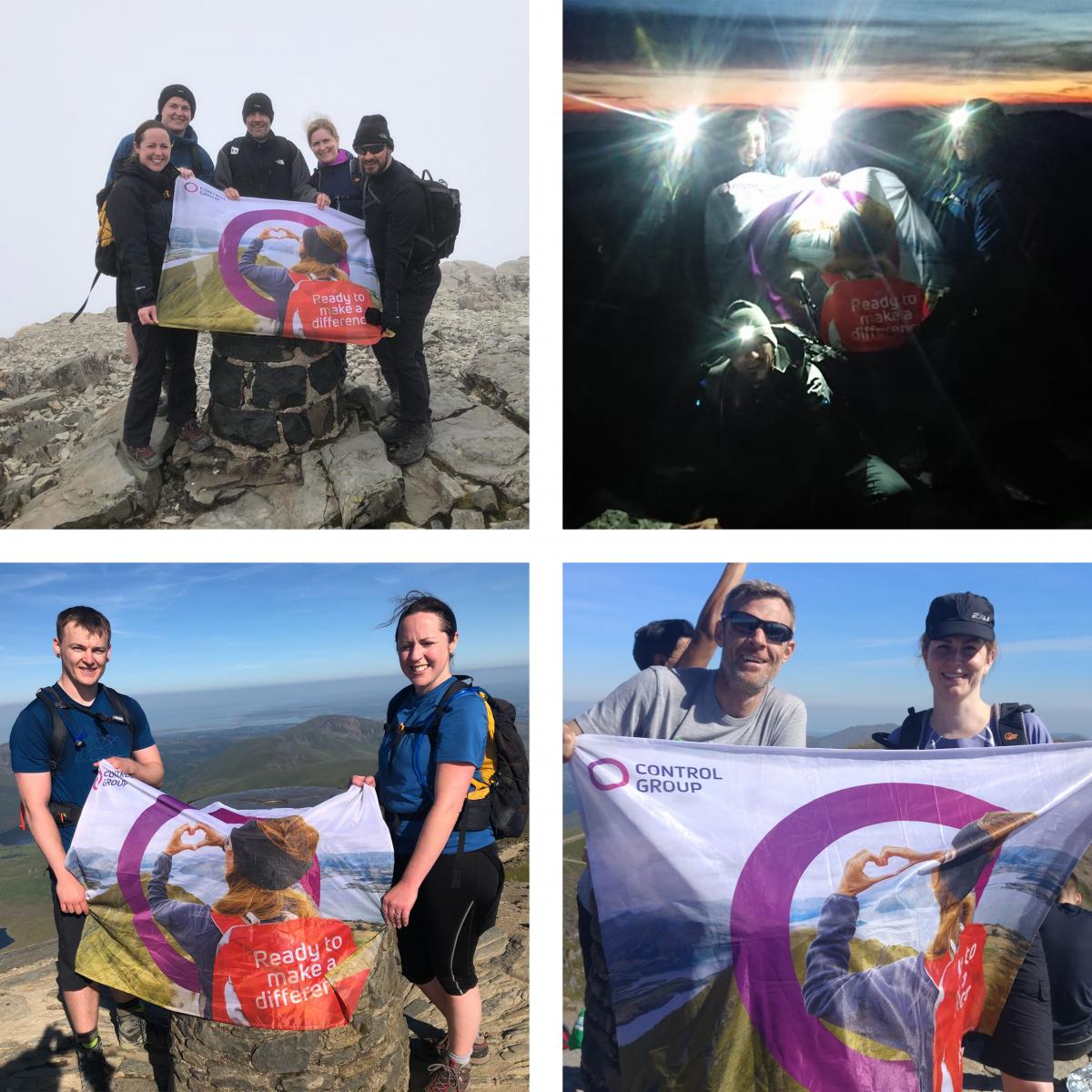